The guy was pulling in $50,000 a day from Flappy Bird and he pulled the app. Not as a marketing stunt, opportunity to retool or even to sell it. Nope, simply because ‘he wanted his life back.’ Flappy Bird’s creator is different, very different.

“I am sorry ‘Flappy Bird’ users, 22 hours from now, I will take Flappy Bird down,” said Dong Nguyen less than a day before he removed the game from the App Store. “I cannot take this anymore.”

At the time, Tapscape was skeptical if not contemptuous of Nguyen and his angst driven morality play.

“Yeah, Dong’s a bit of a bonehead — too bothered with success to continue offering the game and yet he won’t sell Flappy Bird either,” we wrote back in February. “One way or another, relisting Flappy Bird on the App Store or selling it to another developer, Dong should get over himself and shut the hell up and take our money.” 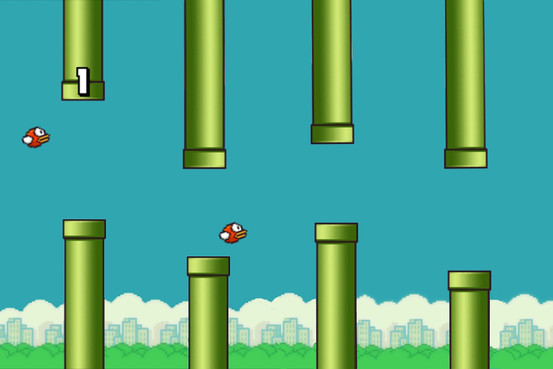 While Flappy Bird is still dead, the ever enigmatic man behind the mobile gaming sensation says it will comeback. So, long live Flappy Bird after all?

In response to a direct message from a fan on Twitter, Mr Nguyen had this to say:

@painfullpacman Yes. But not soon.

A Flappy Bird comeback is gong to happen, though when remains an open question. Truthfully, I believe Nguyen is being coy because he feels trepidation about bringing back his lucrative creation.

While Nguyen did get his life back, he apparently underestimated how nice filthy lucre really is.

Maybe that Flappy Bird money wasn’t so bad after all? Maybe he can find a way to tolerate the stress, just a little…