I’ve spent the bulk of my free time over the last three days immersed in a world of spells and wizardry, heroes and wraiths. Highborn HD is without a doubt, the best strategy game I’ve ever reviewed on the iPad and I can’t seem to put it down.

Set in a satirical fantasy land of battle, Highborn HD delivers excellent turn by turn play with a unique twist of humor and absolutely engaging strategic element. This isn’t a game you can cruise through, nor is it something you want to give half of your attention to. Instead, Highborn HD may take your attention away from everything else.

The game takes you a series of levels where you must defeat the enemy forces in red. You start with a set of troops, and it’s your job to send them to battle strategically. Jet Set Games, the creators of Highborn HD, didn’t cut any corners here.

As you play the game you start to get a feel for just how detailed everything is. For starters, there’s a whole range of warriors with different abilities. Some fighters, like the archers, teslas and cannon launchers, can attack at a range, while others need to be within one grid space to attach their opponents. Other warriors like fliers or wraiths can jump multiple spaces and aren’t affected by changes in terrain. 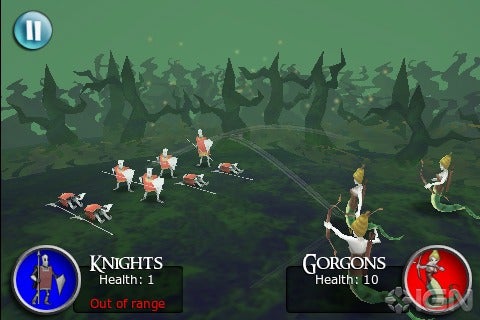 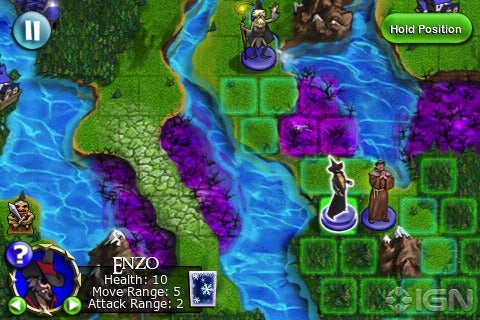 Wizards that can regenerate and priests who heal but die easily add to the mythical lineup, and over time you learn to attack towns in order to gain support forces and find idols and spells to strengthen your fight. It all sounds extremely involved (and it is), but the game never feels too inaccessible or difficult to learn. If you feel like reading the intense history buried in the spell books you can, but no heavy reading is required to thoroughly enjoy Highborn HD.

What’s so great about this game is that although you can put it down and pick it up right back where you left off via automatic save, you’ll never want to put it down. Some of the more advanced levels can take about an hour to beat, and the varied attack formations and extremely entertaining storyboards keep you engaged the entire time. 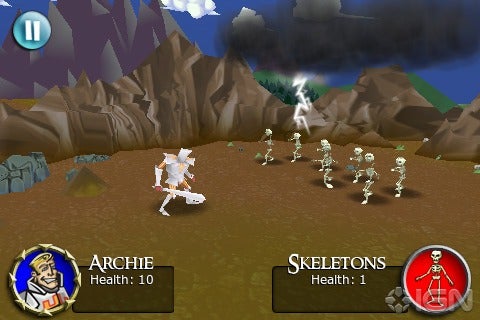 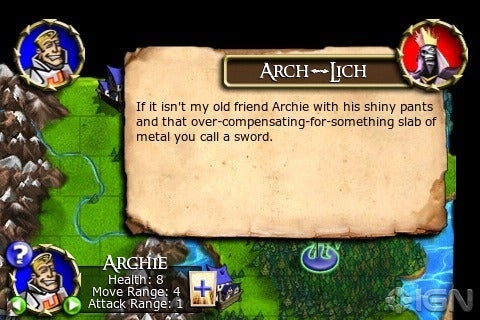 Actually moving and deciding whether or not to attack is very straightforward but requires some strategy and care. At first I wished that there was an undo button in the case of bad move decisions but I quickly changed my mind. There is no undo button in war, and so ultimately I like even the method they’ve used for moving characters.

Jet Set Games is working through some multiplayer glitches so I don’t feel like I can review this aspect of the game, but in terms of one player, Highborn HD is an absolute steal for the money you pay to play it. If this was the first app I reviewed I may have considered rating every other game a little lower. Highborn HD is that fun.

Bottom Line: Highborn HD [iTunes link] changes the standard for what it means to sell an engaging game on the iPad. This game is fun, well executed, and something that will keep you hooked longer than most games in the app store.